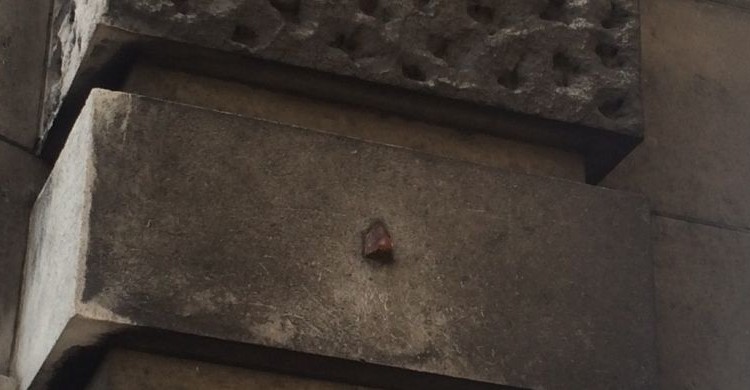 Yes, there really is a stone nose stuck to the admiralty arch at the end of the mall.

And there are five more surviving in central London. See if you can find them. We did! Its a brilliant way to explore the West End and Soho.

Well, there have been many stories why. Some say that is was a spare nose for Admiral Horatio Nelson, at the top of Nelson’s column in Trafalgar Square. I was once told by a policeman that it was meant to be Napoleon’s nose, and we were ‘rubbing his nose in it’ that we were victorious in the battle of Trafalgar. Another story goes, it is meant to be Hitler’s nose, as he wanted to re-erect Nelson’s column in Berlin Square when he planned to win WW2, and again we are rubbing his nose in it.

The true story is that the nose was put up by artist Rick Buckley in 1997, and that he has put up around 35 noses around London as a response to CCTV being installed all over the city. He revealed himself in 2011, hoping to attract a publisher for his book (Which has yet to happen…)

The hunt was on to find the rest…

So we had successfully found the nose at the admiralty arch. It wasn’t easy, as the arch has three mini arches to search around, and this involved dodging angry cabbies and cyclists as they sped up the Mall. Eventually, we found the nose on the inside of the right arch (if you are looking at it stood the Trafalgar Square side). It is hard to get a photo of it because of the traffic, but finding the first nose made us keen to find the rest. 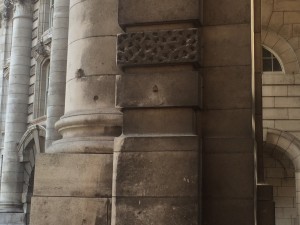 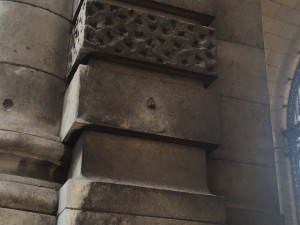 Next we headed to Piccadilly Circus (Quick walk through Trafalgar Square and down Haymarket) in search for the Great Windmill Street nose. I have heard that this one is hard to find, as the street has two parts, but walking between Ripley’s and the Trocodero, we found it quickly above some bins. Nice.

This is a narrow street. The pavements are very narrow, and the cars some whizzing down, so do be careful. 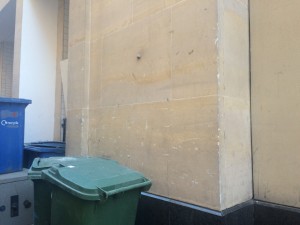 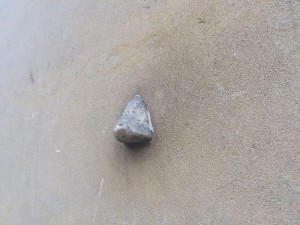 We were feeling like we were getting the hang of this. So off we went to find the next nose. The search took us into the heart of Soho, one of my all time favourite places in London. The next nose was said to be on Meard Street. We walked up and down looking for a small Buckley size nose, about ten feet above the ground, and we found nothing. Then, as were about to give up, we looked up. We were stood on the end of Meard Street, the Dean Street side, and saw a huge schnozzell. This nose is different to the others in style and size. From further research, this nose is actually more recent, from a 2005 ‘Living Streets’ social awareness project, which saw street items like paving stones and signs “talking” back to passers-by, with the nose issuing a sneezing sound. 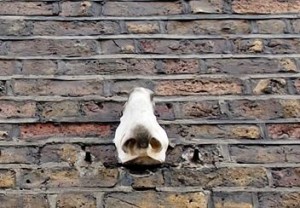 From Meard Street, we walked two minutes around the corner to Bateman Street. We were told that this nose was really hard to spot as it had been painted the same colour as the wall, but we found it relatively quickly due to the fact that someone (an idiot maybe?) had graffitied on the nose with a white marker pen, so it stood out against the black wall. The nose is on a wall next to the Milkbar. 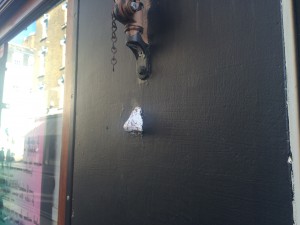 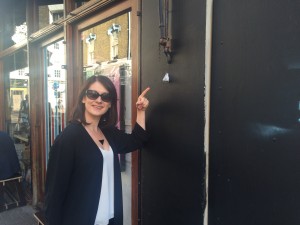 We were on a roll. Four down, two to go. Dean Street next, and we were confident with this nose as we knew it was close to a restaurant called Quo Vadis. When we got there we looked high and low and found nothing. This was meant to be the easiest. We asked a baffled policeman who made an awkward joke about being nosey – thanks – but then we braved asking in the restaurant. They knew exactly where it was, and it sounds like they get asked quite frequently. It’s their fault though, as it had been hidden by a potted tree. Thanks guys. We had help with this one, but as they had hidden it with a tree, we all agree we are still victorious. 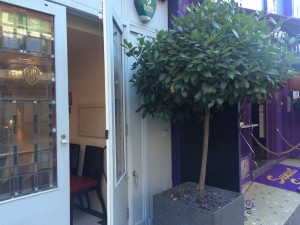 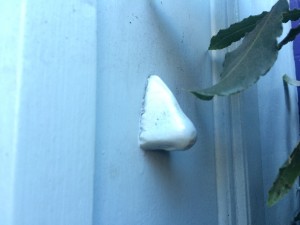 The next nose on Endell Street is about a ten minute walk away towards High Holborn. Off we skip (well our feet were hurting so it was more of a stagger) to the end of Endell Street, the High Holborn end. To our feet’s delight we find it pretty quickly on the wall of the Service Point shop. I’m sorry about the awkward pose below. I may or may not have thought I looked like a model. One foot on the wall – what was I thinking?! 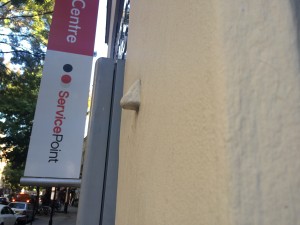 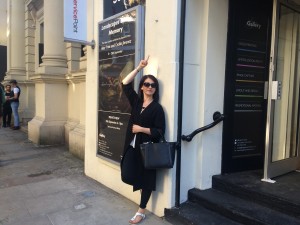 But we had done it! Mission completed.

I highly recommend spending a few hours looking for the noses as the hunt was lots of fun, and its a great way to explore the west end, Trafalgar Square, Soho and Covent Garden. Make a day of it! Soho is home to the best cafes and bars in London, so enjoy the hunt then have a debrief in Hummingbird Cafe over a red velvet cupcake, or a beer in The Two Chairman just off Trafalgar Square (My favourite pub in London). 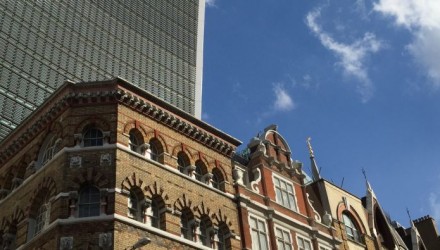 The Old and the New

The Greatest Bridge in the ...

Have you lived in London for a while but

Retired Routemaster buses now make most of their appearances

The Red Arrows flypast over Buckingham Palace as part